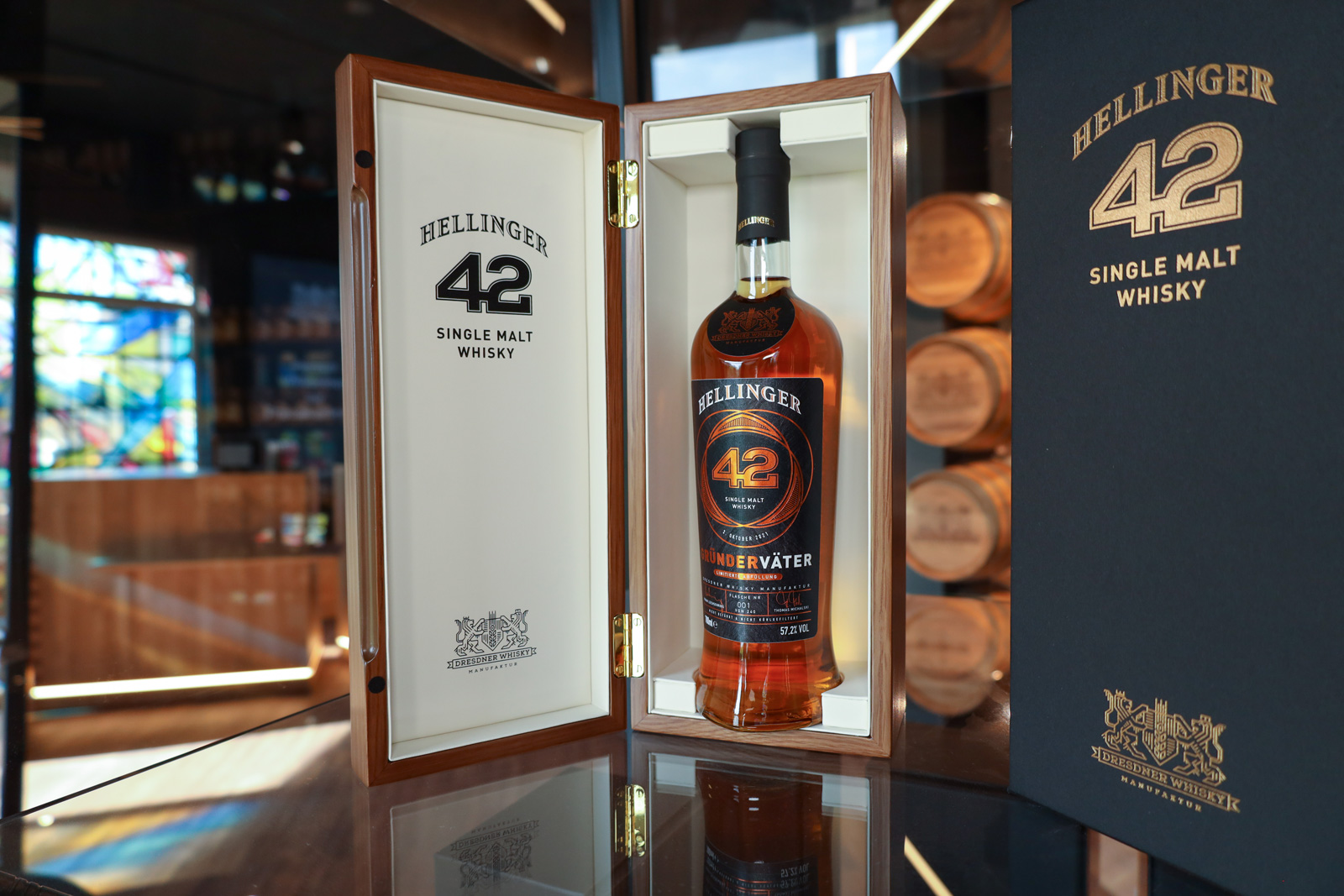 This whisky, which is very complex in its aroma spectrum, reflects the decades-old friendship of the two founders in a special way. The GRÜNDERVÄTER edition was composed of single malt whiskies from one distillery, aged in four different oak casks.

All the whiskies involved were first stored in ex-bourbon casks, first fill, before being transferred to the next casks for further maturation. Thomas Michalski, responsible for taste at Dresdner Whisky Manufaktur, and master distiller Jörg Hans constantly followed the development of the aroma and character of the whiskies involved and then decided on the respective time of the cask change. The GRÜNDERVÄTER is composed of single malts from a cognac cask, a Rioja cask, a port cask and a smoked whisky aged in a sherry cask. The result is a particularly complex and multi-layered taste.

"The whisky is very well balanced and shows great complexity. It is particularly pleasant that the smoke flavours are not too dominant and thus leave room for many other flavours to express themselves." says Julia Nourney (Spirit Judge for IWSC and ADI) in her tasting note on the Founding Fathers of the Dresdner Whisky Manufaktur.

The GÜNDERVÄTER comes in a specially designed wooden box and is released in a strictly limited edition of 240 bottles.

Please send me information by e-mail regularly and revocably at any time in accordance with your privacy policy. Unsubscription possible at any time.